On Saturday, January 20th, 2018 we competed in another competition at South Hagerstown High school a week after our competition in Baltimore. For the competition we used the same robot we used in the Baltimore Competition as a weeks period of time combined with school gives little to no time to modify the robot. However, we took advantage of that time to fix some minor details and become better practiced for the competition that Saturday, for example we replaced the standard motor on our claw with a servo motor, which greatly enhanced our performance during the games! 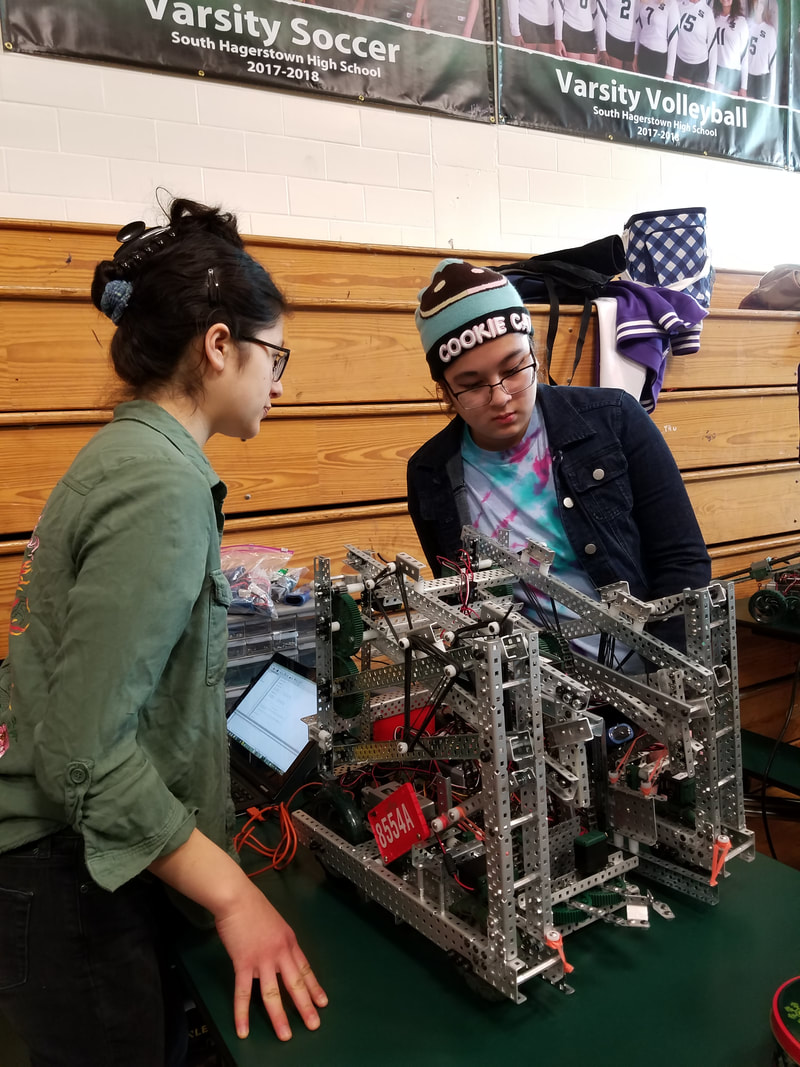 Throughout our four years doing the VEX together as a sister duo, this was by far the best year we ever had in both experience and accomplishments. During the Competition, we battled it out against several teams from South Hagerstown High School, teams of a couple other middle and high schools, and another self-sponsored group from Westminster, Maryland. There were many familiar faces from past tournaments and middle school days.
​It's interesting to note that our first match we played, which was also the first match to start the competition, was by ourselves, again! Our teammate for the match alliance nowhere to be seen left us alone to face two teams alone. However, even by ourselves we were able to pull to the top and win the match.
Although there were many opponents, and just as many alliances, we managed to push through to the end of the qualifying rounds without losing ANY of our 6 matches (a first for us!), placing us in second place in the entirety of the qualifying teams. We have never placed so high for competitions matches! This alone made the month and a half we spent preparing, including all the sleepless nights, worth it! But we weren't stopping there. The title of tournament champion was right there, and we wanted it. 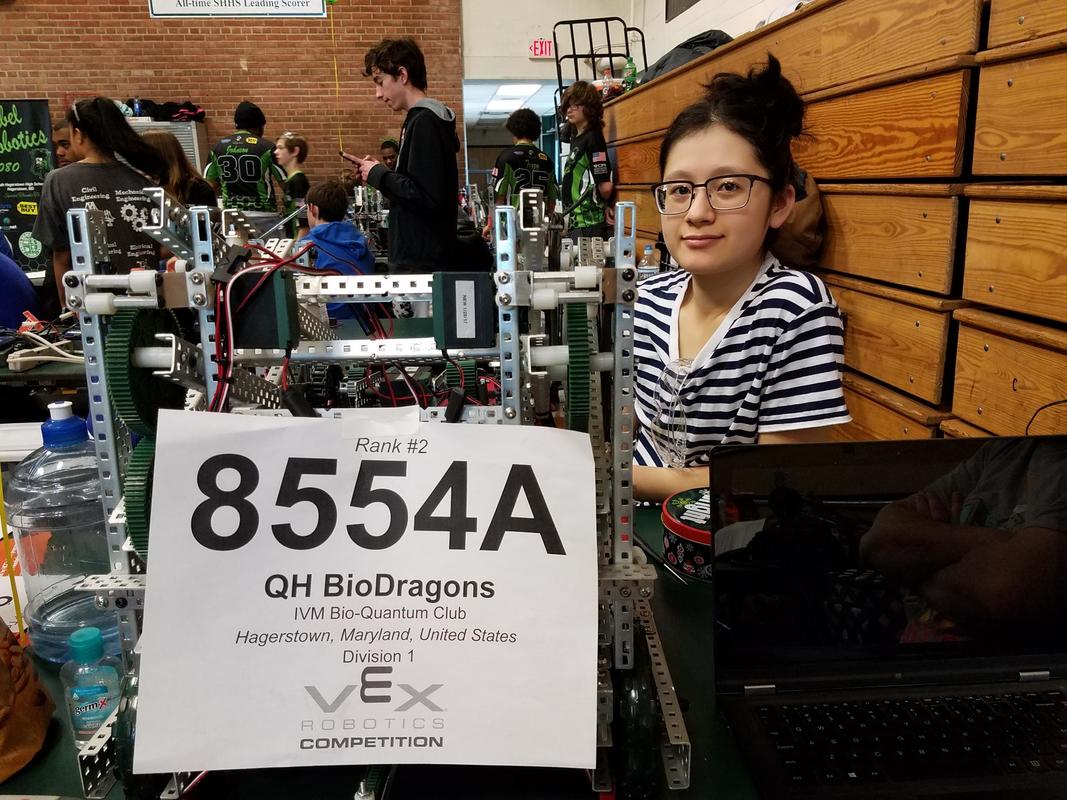 As the second place team, we had the ability to pick our two alliance teams to be a part of the triple alliance that will compete in the quarterfinals. We chose teams 183Z and 183A, the Synobotz, two other independently sponsored teams from Westminster, Maryland that ranked 9th and 20th place in the qualifying matches, respectively.
The quarterfinals and semi-finals passed in a flash, with us winning the first two matches and moving on to the finals. This is where we were stopped last year during the Starstruck competition by the first place team. As the seconds counted down for the match to start, our minds went to overdrive and anxiety heightened. The first match was done and we won. Only one more match and the tournament championship title would be ours, but we lost. It was a tie! We needed to win the next match or else the tournament championship title would slip through our fingers again for another year.
The match started and our robots autonomously rumbled to life, with 183Z's robot grabbing a mobile base with a yellow cone and dunking it into the 20 point zone. We had won the autonomous mode, giving 10 extra points to our team! But the real competition was only just starting. When the referees gave the "go", everyone grabbed their remotes and the robots were off! One cone stacked, two cones stacked, three cones stacked, four! One base, two bases, three bases into the ten point zone. Our alliance member rushed to stack cones on their mobile base while we stacked cones on the high post to earn the extra highest stack points. Our alliance team scored 6 cones on the mobile base! The crowd roared and cheered. Highest stack! Hearts pounding faster. "10 seconds left in the game" yelled the announcer. Four robots rushing to gather points then parking their robot right as the horn blared to signal the end of the match.
We were all anxiously waiting to see the scores. Minutes passed because the screen was lagging and then: "Blue Team wins the finals!"
We had won the tournament championship!!! The final score was 90 - 97, a 7 point difference!
The day had ended, we had won, and it was amazing! We are grateful to the Synobotz, who we were teamed up, with in helping us win this victory! The three of us made a great team! :)
Feel free to read more about the tournament at the Herald Mail website and view the tournament results here!