We Got to Tour the NASA Goddard Space Flight Center! 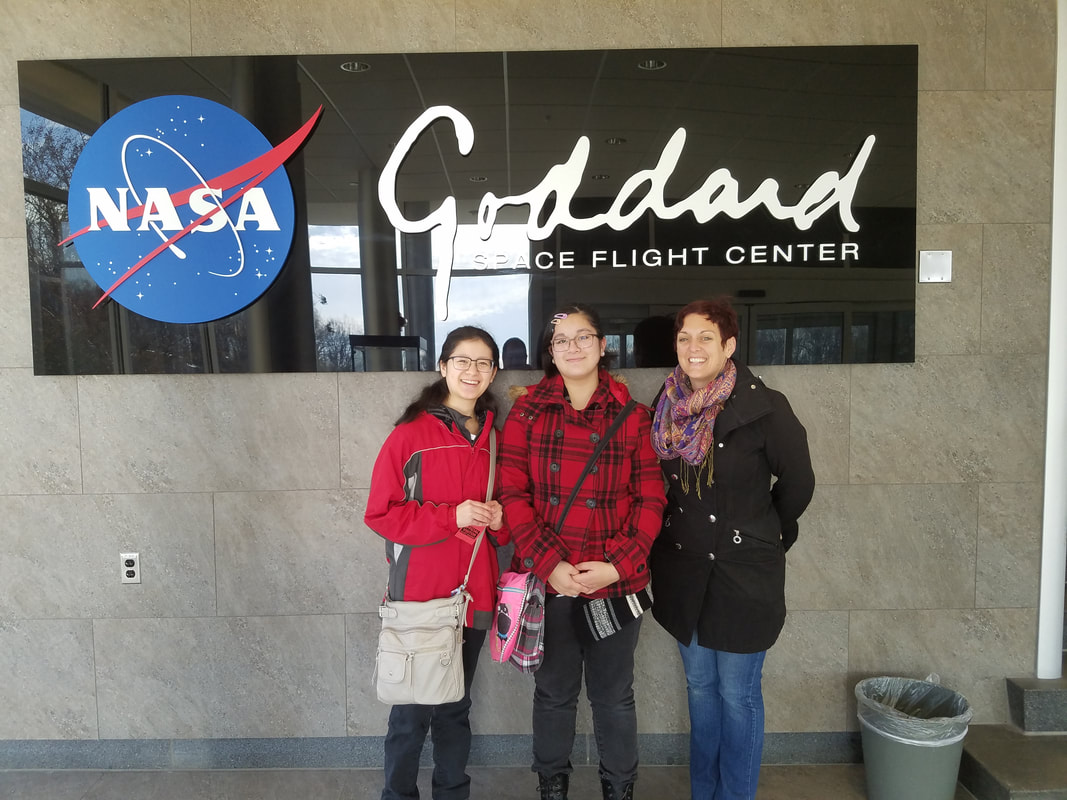 Elizabeth and Stephanie with Sara Vilevac, who invited them to take a tour of the Goddard Center
Read About Our Experience

BIG THANK YOU TO THE ARTHUR C. CLARKE FOUNDATION AND

EVERYONE INVOLVED IN THE YOUTH VIDEO CHALLENGE AND THE 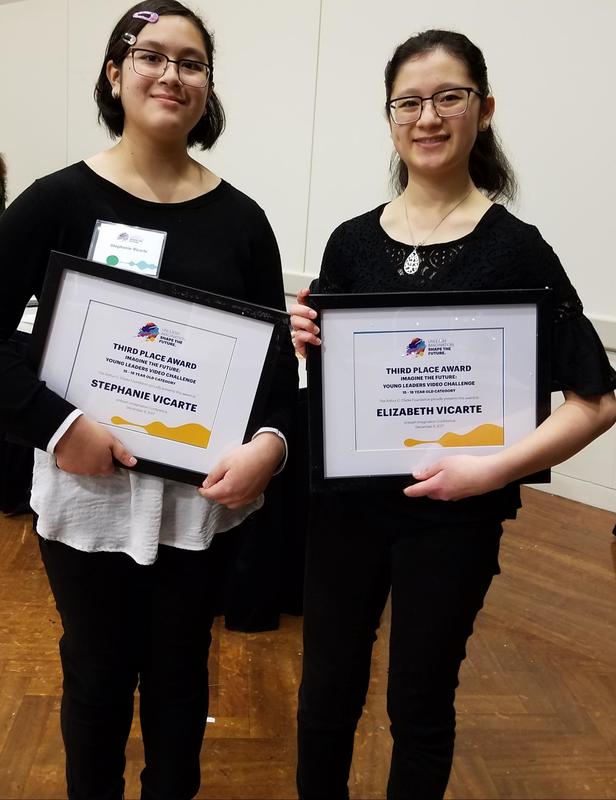 From December 7th - 9th, 2017, the Vicarte sisters where invited to go to Washington DC to participate in the awards ceremony celebrating the 6 finalists (3 from the age division from 11-14 yrs and 3 for the 15-18 yrs division) as well as attend the Unleash the Imagination - Shape the Future conference featuring prominent figures in the science community such as Kim Stanley Robinson, Bran Ferren, Dava Newman, Buzz Aldrin, and Ellen Stofan, PhD. In addition, we got to see videos of well renowned cellist, Yo-Yo Ma, performing a piece for the Arthur C. Clarke Awards Ceremony Celebration and an award accepting video speech from Stephen Hawking.
Lean More Here!

Our Imagine the Future Video Earned a Spot in the Top 3 Finalists!!
​

Our video for the Imagine the Future - Youth Video Challenge hosted by the Arthur C. Clarke Foundation in partnership with KID Museum and Youth Service America was confirmed to be in the top three finalists by email on November 4th, 2017. Both of us were pleasantly/happily surprised and overjoyed.
When we were first introduced to the prompt of "what do you think is a problem in the world that would be solved by 2042?", we knew that we wanted our video to focus on a solution that would be pretty unique compared to other well-known problems. After countless discussions on other topic candidates, cyber-bullying seemed like the problem to tackle as it not only has become such a widespread world-wide problem for people ranging in all age groups, but will also probably continue to become more prominent as technology continues to advance.
We are both happy and thankful to be ranked as a top 3 finalist and look forward to making improvements on our video in the one-to-one master sessions coming up, as well as presenting our video at the Unleash Imagination—Shape the Future Conference in Washington, D.C. on December 9th!
We will keep you updated on our newest improvements to our video and the events of December 9th.
THANK YOU 2017 WORLD MAKER FAIRE!!!!! WE HAD SO MUCH FUN BEING A PART OF SUCH A HUGE EVENT!!!!
Our World Maker Faire Experience
Read about this amazing excerpt from NickNormal, which features us in an Adafruit blog. Thank you so much!!
Adafruit Link
Anything is possible if you put your mind to it

We were given the amazing opportunity, thanks to the KID Museum (KIDS Museum Exoerience) in May of 2017 to showcase our MEOW project at the annual Arts Summit held at the Kennedy Center in Washington DC! There, we got to meet a lot of amazing people including a professor at MIT and Yo-Yo-Ma, who was the host!